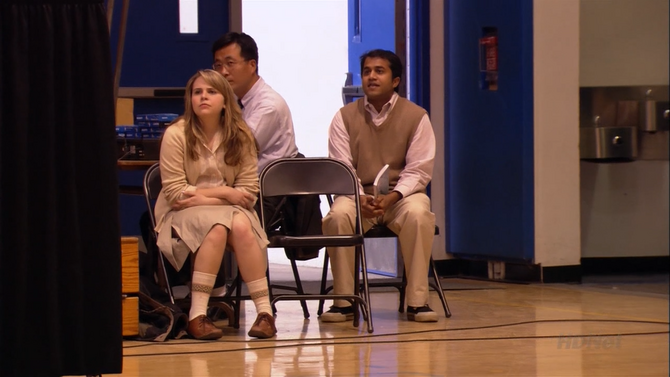 Rav runs for student body president at high school and competes against George Michael Bluth and Steve Holt. Steve would have won but dropped out of the race to track down his biological father and George Michael's video was so offensive and pathetic that Rav ended up winning the seat. ("The Immaculate Election")

Rav: Drought, starvation... these are the things my family has had to deal with for generations, although, fortunately, not since we moved to Corona del Mar.

Retrieved from "https://arresteddevelopment.fandom.com/wiki/Rav_Nadir?oldid=41241"
Community content is available under CC-BY-SA unless otherwise noted.