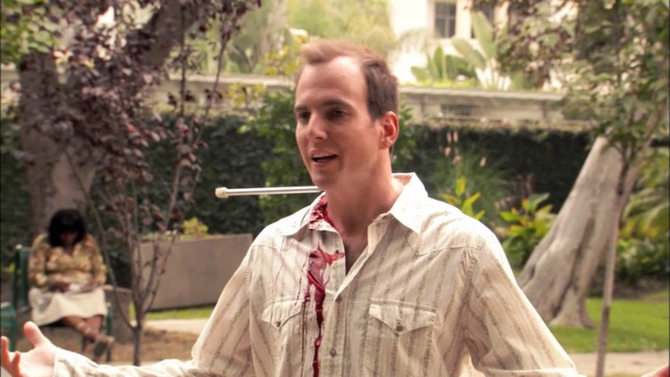 G.O.B. performs an illusion including an apple, a large stake, and his neck for Marta and her two sons Amable and Cortesio.

G.O.B. sticks the stake through the apple, then moves the stake to his neck. He acts as if it is puncturing his neck and blood squirts out.

Marta's young boys, Amable and Cortesio, freak out and think it is real. Marta gets upset that G.O.B. would frighten them but G.O.B. thinks she is trying to get him to reveal how the trick is done.

Retrieved from "https://arresteddevelopment.fandom.com/wiki/Real_apple,_real_neck_illusion?oldid=32509"
Community content is available under CC-BY-SA unless otherwise noted.