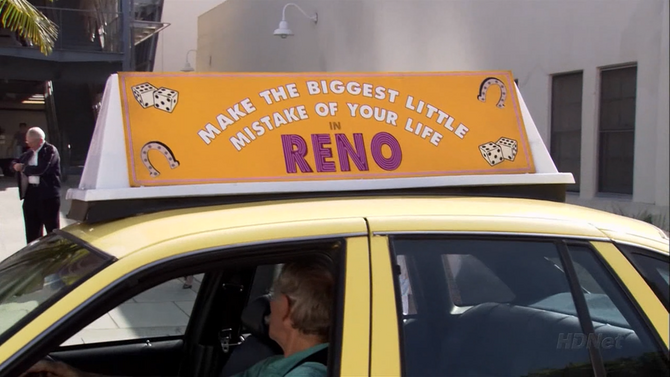 The Bluth family visits Reno for several reasons. The city's motto is "Make the biggest little mistake of your life in Reno."

Kitty and Tobias left Newport Beach so Tobias could pursue a career in the Blue Man Group in Vegas but he and Kitty instead ended up in Reno. Tobias got a job at a Swallows Restaurant and Kitty, in her spare time, rekindled her romance with George Bluth, now a member of the Reno Blue Man Group. ("The Cabin Show")