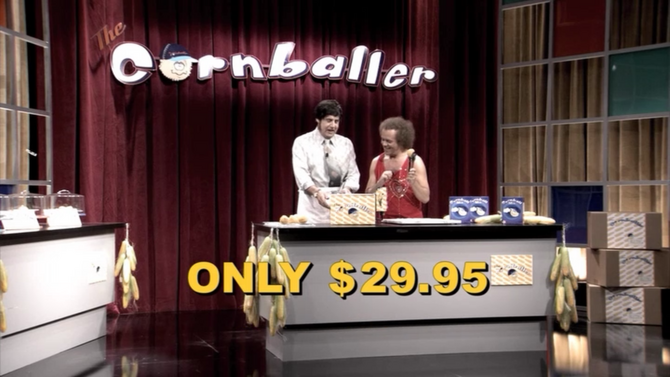 Simmons appeared as himself in a commercial with George Bluth for the Cornballer. George burns himself and attacks Richard out of anger. ("Bringing Up Buster")

The same commercial is later revealed to be shown in Mexico, dubbed in Spanish. ("The One Where They Build a House")