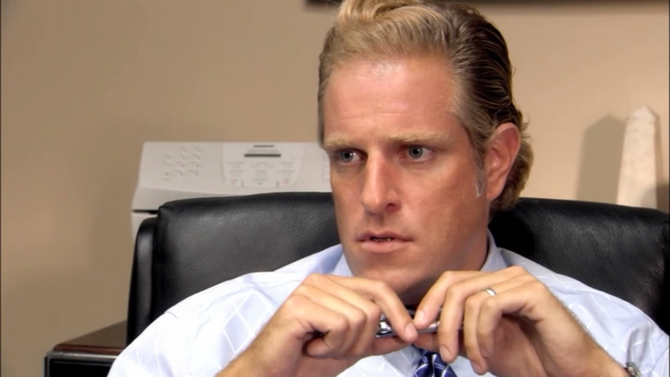 Roger Danish is a casting director in the Orange County area. He also attended high school with Lindsay.

In high school, Roger was awarded "Best Hair" alongside Lindsay. Years later, they ran into each other when Tobias was auditioning for a Fire Sale commercial. Lindsay was so surprised about the sale that Roger gave her the role instead. ("Top Banana")

Retrieved from "https://arresteddevelopment.fandom.com/wiki/Roger_Danish?oldid=15561"
Community content is available under CC-BY-SA unless otherwise noted.