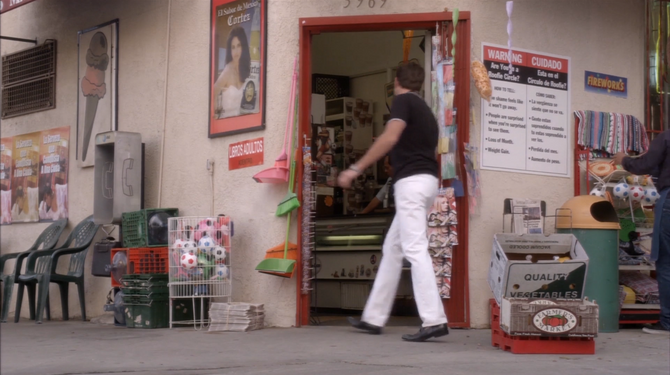 A roofie circle happens when someone willingly takes a Forget-Me-Now (pill) too late to erase the memory, however the consumption of the pill itself is forgotten, creating a vicious cycle. ("Colony Collapse")

G.O.B. falls into a roofie circle in Season Four after he enters the party lifestyle with Mark Cherry. This causes G.O.B. to be end up in a hospital in Mexico with stage 4 syphilis.

From "Colony Collapse"
Retrieved from "https://arresteddevelopment.fandom.com/wiki/Roofie_circle?oldid=47892"
Community content is available under CC-BY-SA unless otherwise noted.