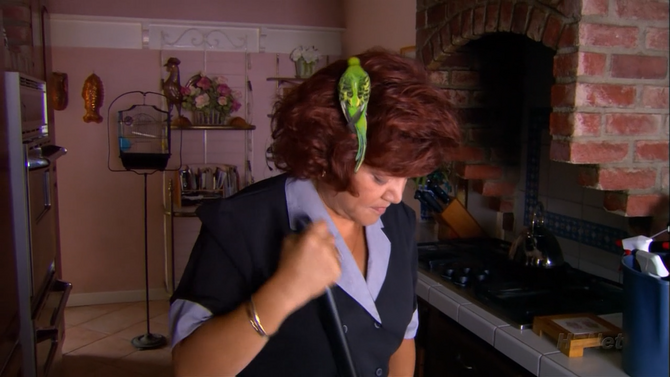 Rosa was the Bluth's former housekeeper. At some point in time she was replaced by Luz and then Lupe.

Cinco de Cuatro was organized by Lucille and George when Rosa took May 5, 1982 off to celebrate Cinco de Mayo with her family. ("Flight of the Phoenix")

Lucille: Well, now, who the hell is going to unload the car? (Into phone.) Hola? Is Rosa still alive? No? Oh. Okay. This is not my day. ("Staff Infection")

Narrator: As a child, Buster had a beloved parakeet who, after landing on their housekeeper Rosa’s wig, flew away when she took out the trash... and into a transformer. When Buster found out, he destroyed the family’s kitchen— believing this to be where Rosa lived. ("Good Grief")

Michael: Oscar, please. You can’t go. You got to stay, okay? This is the nicest she’s been since she found out that Rosa could breast-feed Buster. ("Sad Sack")

Lindsay: You know, Mom, I think the only time you ever cooked for us, was the morning Rosa’s mom died. ("S.O.B.s")

Retrieved from "https://arresteddevelopment.fandom.com/wiki/Rosa?oldid=40142"
Community content is available under CC-BY-SA unless otherwise noted.