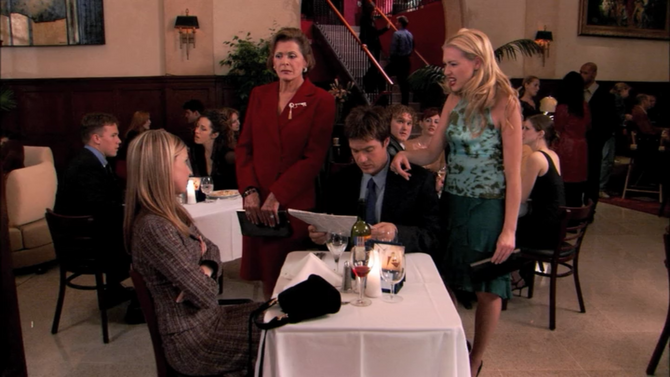 Rud is an up-scale restaurant and bar in Newport Beach.

Lucille and Lindsay went for dinner at Rud but were turned away due to the long line. Dejected and hungry, they stopped at a Klimpy's for dinner instead. Lindsay later got a job as a Cloudmir representative at Rud and flirted with men to purchase it. Michael and Jessie went for dinner at Rud twice. On the second business date, Lindsay and Lucille interrupted to show Michael that Jessie had started a smear campaign against the Bluth family. A food fight then emerged, and was reported on by Trisha Thoon or FOX 6. ("Public Relations")

Add a photo to this gallery
Retrieved from "https://arresteddevelopment.fandom.com/wiki/Rud?oldid=32521"
Community content is available under CC-BY-SA unless otherwise noted.