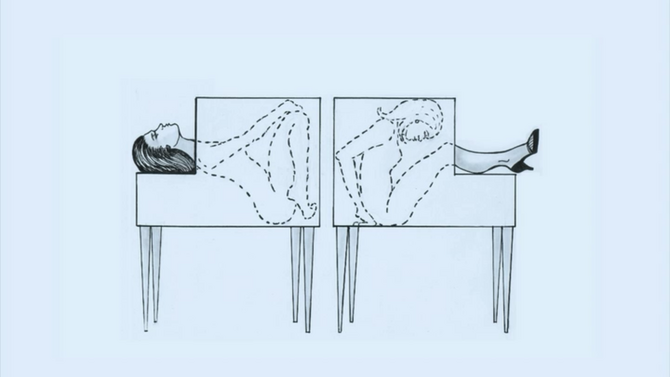 Saw the lady in half illusion
Appearances: "Storming the Castle"

G.O.B. performs a "saw the lady in half" illusion to attempt to gain reentry into The Alliance of Magicians. It is a rare example of one of his illusions going according to plan.

G.O.B. was relegated to performing shows at low venues such as the Playtime Pizza Theater where he performed his "saw the lady in half" illusion (and accidentally revealed how it is done to a nearby child.) Because the legs and the top model talk inside the box, Michael tried to get Marta to participate in G.O.B.'s show where she would talk with the legs and find out that G.O.B. had been sleeping with the legs.

G.O.B. performed the trick for the Alliance at the Gothic Castle and it went exactly according to his plan. George Michael stood in as the legs because his other assistant found out he was sleeping around. Marta participated as the top model. ("Storming the Castle")

The show went according to plan but G.O.B. was not allowed back into the Alliance because neither Marta nor George Michael were Alliance approved. ("Storming the Castle")

Add a photo to this gallery
Retrieved from "https://arresteddevelopment.fandom.com/wiki/Saw_the_lady_in_half_illusion?oldid=32528"
Community content is available under CC-BY-SA unless otherwise noted.