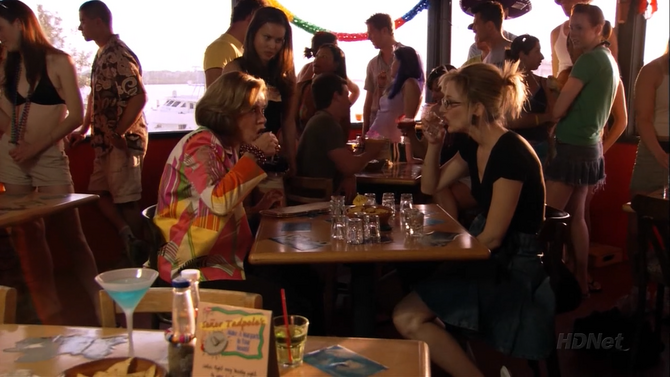 Señor Tadpole's
Appearances: "Spring Breakout" — Mentions: "Missing Kitty", "The One Where They Build a House"

Señor Tadpole's is a Mexican restaurant in Newport Beach, and a favorite hangout for Kitty.

Kitty enjoys having margaritas made in her mouth at Señor Tadpole's during Spring Break. ("Missing Kitty")

Kitty owns a shirt from Señor Tadpole's, which she wears in Mexico after she and George have fled from California. ("The One Where They Build a House")

Lucille and Kitty have a drinking competition at ST during Spring Break 2004. ("Spring Breakout")

Retrieved from "https://arresteddevelopment.fandom.com/wiki/Se%C3%B1or_Tadpole%27s?oldid=32542"
Community content is available under CC-BY-SA unless otherwise noted.