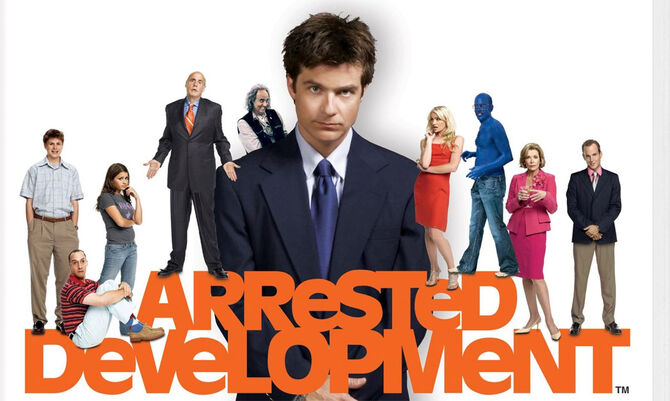 After George Sr. escapes from prison to Mexico, Michael swears to leave the family forever. However, he decides to stay and the family gets even more out of control. Buster joins the army and loses a hand. Tobias goes to work for the Blue Man Group. Michael continues to keep his sanity, and his family together at the same time.

"The One Where Michael Leaves" November 7, 2004
Directed by: Lee Shallat-Chemel - Written by: Hurwitz & Rosenstock
George Sr. is at large, making Michael next in line to be prosecuted for the Bluth Company crimes. Meanwhile, Michael is vexed to find that the family is fine without him, and police mistake Oscar for George Sr. and arrest him.
2 | 24

"The One Where They Build a House" Nov. 14, 2004
Directed by: Patty Jenkins - Written by: Mitchell Hurwitz & Jim Vallely
Michael is driven crazy by G.O.B. when he impresses the board as the new company figurehead due to Michael's legal troubles. Meanwhile, George Sr. is arrested in Mexico for a crime Oscar committed, and Buster witnesses something that utterly shocks him.
3 | 25

"¡Amigos!" November 21, 2004
Directed by: Lee Shallat-Chemel - Written by: Brad Copeland
Michael is increasingly frustrated over being abandoned by the family, and when the staircar is found in Mexico, Michael vows to find his father and give him a piece of his mind. Also, Buster spends time with Lupe's family and thinks he's in Mexico.
4 | 26

"Good Grief" December 5, 2004
Directed by: Jeff Melman - Written by: John Levenstein
Lucille hires Ice, the bounty hunter to find George Sr., who may be closer than everyone thinks. G.O.B. tries to pull off an elaborate illusion, Maeby tries to set Lindsay up with Ice, and Michael tries to mend George Michael's broken relationship.
5 | 27

"Afternoon Delight" December 19, 2004
Directed by: Jason Bateman - Written by: Higginbotham & Martin
G.O.B. stages mass firings after being inadvertently roasted at the Bluth Company Christmas party. Plus, Michael is forced to rebuild the Banana Stand, and Buster plays hooky from the Army at an arcade game.
7 | 29

"Queen for a Day" January 23, 2005
Directed by: Andrew Fleming - Written by: Brad Copeland
Michael sells a portion of his stock in the Bluth Company to buy a car, and Lucille 2 returns, only to discover that Buster is dating the company secretary Starla.
9 | 31

"Burning Love" January 30, 2005
Directed by: Paul Feig - Written by: Chuck Martin & Lisa Parsons
Michael reunites with his long, lost love Sally Sitwell, but faces interference from parents; meanwhile, the two Lucilles need someone to bid on them at the bachelorette auction with Buster already in a relationship.
10 | 32

"Ready, Aim, Marry Me" February 13, 2005
Directed by: Paul Feig - Written by: Mitchell Hurwitz & Jim Vallely
With the company in dire financial straits and the Bluths no longer the primary shareholders, Michael must turn to old family friend "Uncle" Jack Dorso for financial assistance. Uncle Jack, however, wants something in return.
11 | 33

"Hand to God" March 6, 2005
Directed by: Joe Russo - Written by: Mitchell Hurwitz & Chuck Martin
Michael tries to find out who's the father of Maggie's baby, or if it's just another of her lies; G.O.B. tries to find out whether he was responsible for Buster's accident.
13 | 35

"The Immaculate Election" March 20, 2005
Directed by: Anthony Russo - Written by: Adler & Higginbotham
George Michael runs for student body president, which G.O.B. manages to ruin; Buster has an affair with Lupe, who is being sought after by Lindsay; Tobias attempts to move out of the model home, then develops a new persona when he regrets his decision.
15 | 37

"Sword of Destiny" March 27, 2005
Directed by: Peter Lauer - Written by: Brad Copeland
G.O.B. and Buster team up for some magic illusions to impress Tony Wonder, a rival magician. Meanwhile, Michael is forced to delegate some work when he's hospitalized and Lindsay teaches George Michael how to drive using the staircar.
16 | 38

"Spring Breakout" April 10, 2005
Directed by: Anthony Russo - Written by: Adler & Higginbotham
G.O.B. confronts the editor of the videos that showcased his magic mistakes; Michael tricks Lucille in to rehab, and then attempts to get her out after George Sr. is kidnapped.
18 | 40

The three disc set was released on October 11, 2005. Special Features include: 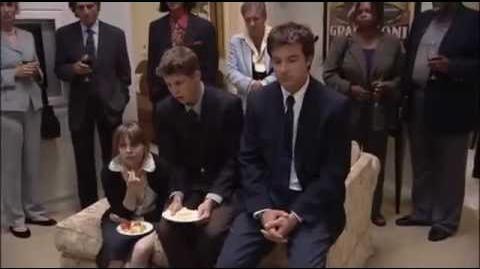 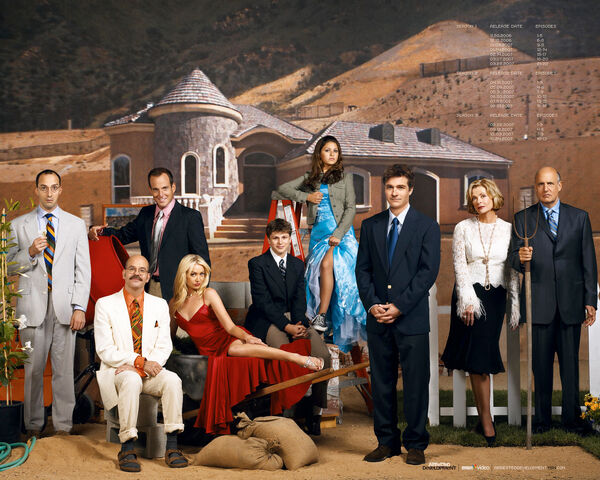 Add a photo to this gallery
Retrieved from "https://arresteddevelopment.fandom.com/wiki/Season_2?oldid=54139"
Community content is available under CC-BY-SA unless otherwise noted.