The fourth season of Arrested Development premiered on Netflix in all regions on May 26, 2013.

The season had a different format from the previous three, consisting of 15 episodes with each episode predominantly focusing on one member of the Bluth family and what they had been doing from 2006 to 2012. The season was re-cut into 22 episodes in early 2018 as a precursor to Season Five.

At the 2011 New Yorker Festival Reunion on October 2, 2011 Mitch Hurwitz and the cast announced plans to do a mini season leading up to the movie. Jason Bateman confirmed on Twitter:

Jason Bateman: It's true. We will do 10 episodes and the movie. Probably shoot them all together next summer for a release in early '13. Very excited!

Season Four was in pre-production and production through most of 2012 and post-production in 2013 before its May 26, 2013 release. Production worked differently than on previous seasons because they did not have exclusive access to the entire cast, so all episodes were written in advance and production worked around each actor's schedule. Re-writing happened on the fly due to the complexity of the story and demanding shooting schedule.

Green screens and body doubles were used to simulate conversations between characters whose actors were not available at the same time.

Season Four follows each member of the Bluth family from February 2006 to May 2012. Michael tries to form his own Michael B. Company but the real estate market collapse forces him to abandon Sudden Valley and move in with his son at UC Irvine. (4x1 — "Flight of the Phoenix") George begins work on a US/Mexico wall but when the economy collapses he starts Father B.'s Colony instead. (4x2 — "Borderline Personalities") Lindsay visits India on a journey of spiritual enlightenment before buying a mansion with Tobias, whom she leaves to live a life of freedom with Marky Bark. (4x3 — "Indian Takers")

Michael, kicked out of the dorm room, works with Ron Howard to begin pre-production on the Untitled Michael B. Project film about his life. (4x4 — "The B. Team") Tobias shocked by allegations that he is gay decides to double-down on his acting career with the help of his new love DeBrie Bardeaux but ends up getting arrested instead. (4x5 — "A New Start") George bribes right-wing politician Herbert Love to start the wall project back up but begins to face identity issues of his own. (4x6 — "Double Crossers")

Lucille is tried and sentenced for her maritime crimes and serves time at Orange County Correctional Facility L.I.T.E. and Austerity. (4x10 — "Queen B.") G.O.B. tries to sabotage Tony Wonder's career as the 'gay magician' by posing to be gay himself. (4x11 — "A New Attitude") Maeby juggles several jobs, including being a high school senior for nearly 5 years. (4x12 — "Señoritis")

George Michael goes off to college where his journey of self-discovery begins as he starts the software company Fakeblock. (4x13 — "It Gets Better") Buster struggles to find someone to take care of him and rejoins Army for a period of time, before he suffers from another accident. (4x14 — "Off the Hook") George Michael must come to terms that his company is based on lies, as is his relationship with Rebel Alley. (4x15 — "Blockheads")

Unlike the previous three seasons Mitch Hurwitz and producers wrote, filmed, and edited all 15 episodes in a way that they could be watched in any order. Says David Cross of the new style:

David Cross: [It's] like if you could mash up a Venn diagram with a nautilus shell. And then put that inside a Möbius strip.

In 2018 Hurwitz referred to the style as a "Rashomon-type story."

Featuring new images and narration, the introduction to each episode of Season Four varied depending on which character the episode focused on. The narration and captions depicted the relationships to the episode's focal character.

Each character has a specific instrument that plays along with the title music: Michael has a trumpet, George has a guitar, Lindsay has a sitar and guitar, Tobias has a saxophone and harp, G.O.B. has an electric guitar, Lucille has a violin, Maeby has scat vocals, George Michael has a wood block, and Buster has an accordion. Although "Blockheads" is a George Michael centric episode, all musical instruments are present.

Narrator: Now the story of a family who's future was abruptly cancelled and the one man who had no choice but to keep himself together. It's Michael's Arrested Development.

Main article: Season Four Remix: Fateful Consequences
In May 2013, Mitch Hurwitz encouraged everyone to watch the 15 episodes in order. In October 2014 Hurwitz announced he was re-editing Season Four to be in chronological order. In May 2018, Hurwitz announced the re-edit would be titled Season Four Remix: Fateful Consequences and would release May 4, 2018 on Netflix. The re-edited season is more like the original pacing of the the original three seasons and is comprised of 22 episodes.

While Netflix held the exclusive broadcast rights during the initial release window, Fox owns the distribution rights to the series on other forms of media.

The complete fourth season DVD was made available for Region 2 on June 9, 2014, Region 4 on August 23, 2014, and Region 1 on December 16, 2014. A fan art contest hosted at arrestedfanart.com (won by Tennessee graphic designer Chad Malone) produced the Region 1 DVD artwork.

On July 18, 2013 nominations for the Emmy awards were announced and Arrested Development's fourth season received three nominations: Jason Bateman for best lead comedic actor, best comedic editing for "Flight of the Phoenix" and best original score for "Flight of the Phoenix". Along with Netflix's other original series House of Cards and Hemlock Grove, Arrested had the distinction of being the first nominated program to premiere and be distributed online rather than on broadcast of cable TV. Arrested Development did not claim any of the awards.

Starting with the announcement of the May 26, 2013 premiere date on April 4 Netflix began their Season Four marketing campaigns. They utilized both traditional marketing techniques (billboards and posters) as well as modern and viral marketing such as YouTube fan made videos and engagement via their official Facebook page and @ArrestedDev Twitter account. The social media accounts encouraged fans to participate in "Bananathon", a marathon re-watch of the first three seasons over three weeks.

On April 4, 2013 Netflix revealed the official Arrested Development Twitter and Facebook accounts were revealed. The accounts have been sharing highlights from the first three seasons and season four. 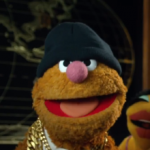