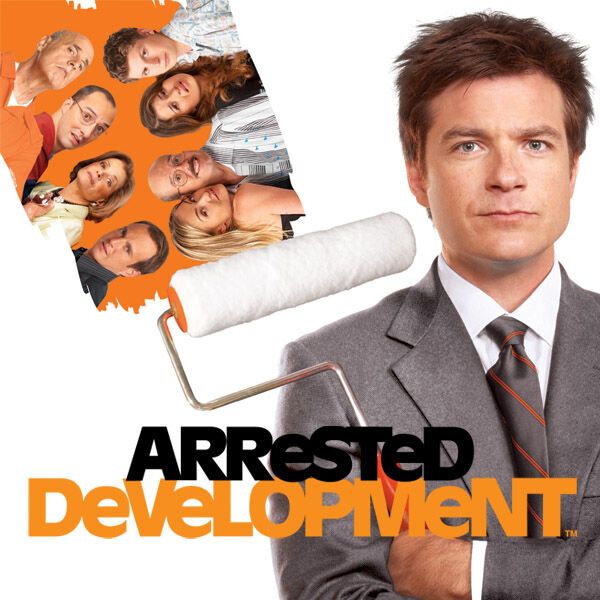 George Sr. is in house arrest in the apartment, and he itches to escape again. The Bluths learn many secrets about their family, but ultimately prove they are disaster prone. In the end, Buster falls in love and becomes the family's hero, and Michael and George Michael attempt to leave the family behind them.

"The Cabin Show" September 19, 2005
Directed by: Paul Feig - Written by: Mitchell Hurwitz & Jim Vallely
Michael postpones camping with his son to look for his father in Reno. Meanwhile, Lucille goes off her medication; G.O.B. meets a fellow disappointed son; and Maeby and George Michael can't help being thrown together.
2 | 42

"For British Eyes Only" September 26, 2005
Directed by: John Fortenberry - Written by: Mitchell Hurwitz & Richard Day
Investigating his father's claim that a British group set him up, Michael goes to "Wee Britain" and is smitten with a beautiful woman named Rita. Lindsay attempts to seduce the new family attorney, and G.O.B. goes to extremes to avoid his newly discovered son.
3 | 43

"Notapusy" November 7, 2005
Directed by: Lev L. Spiro - Written by: Ron Weiner
Michael enters a father-son triathlon with Steve Holt; Maeby dons a disguise to compete in an inner-beauty pageant while her parents coach other entrants; George Sr. speaks to at-risk youths, and Buster tries to recruit one to replace him in the Army.
5 | 45

"Mr. F" November 7, 2005
Directed by: Arlene Sanford - Written by: Richard Day & Jim Vallely
Moles underground alert the Bluths to a mole in their company; Tobias mistakes a CIA agent for a theatrical one.
6 | 46

"The Ocean Walker" December 5, 2005
Directed by: Paul Feig - Written by: Jake Farrow & Sam Laybourne
Michael's parents disapprove of him marrying Rita until a revelation from her uncle.
7 | 47

"Prison Break-In" December 12, 2005
Directed by: Robert Berlinger - Written by: Karey Dornetto
Michael is worried when he learns that Lucille is dating the warden behind his father's back; Buster's new turtle gets into "Uncle-Father" Oscar's stash; the family plans a benefit for Tobias' life-endangering hair transplant.
8 | 48

"Making a Stand" December 19, 2005
Directed by: Peter Lauer - Written by: Mitchell Hurwitz & Chuck Tatham
Michael and G.O.B. set out to teach their father a lesson for his years of pitting them against each other; Lindsay and Tobias compete over Bob Loblaw; Lucille's post-op appearance inspires Maeby.
9 | 49

"Family Ties" February 10, 2006
Directed by: Robert Berlinger - Written by: Ron Weiner
When Michael hires a woman who may be his sister, her services might be just what the company needs. Meanwhile, Buster's coma attracts the attention of a politician.
12 | 52

"Exit Strategy" February 10, 2006
Directed by: Rebecca E. Asher - Written by: Mitchell Hurwitz & Jim Vallely
The Bluth boys find a web of mass deception in Iraq when Michael and Buster rescue G.O.B., who was imprisoned while on a USO tour. Meanwhile, George Michael plans a Sweet 16 surprise party for Maeby.
13 | 53 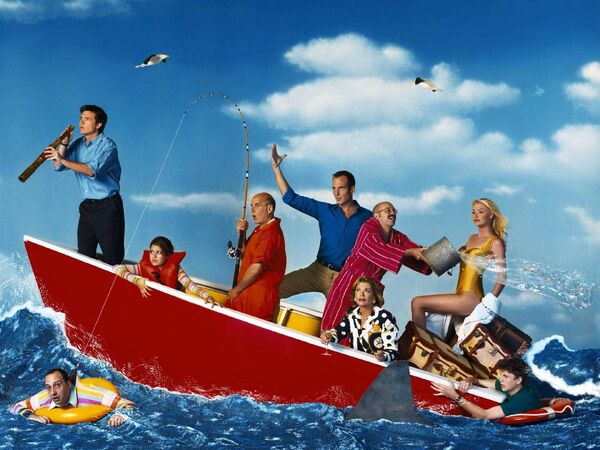 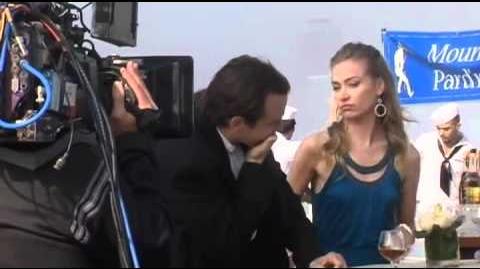 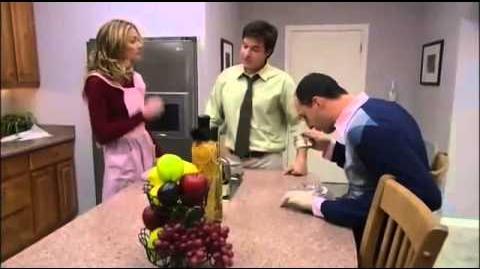