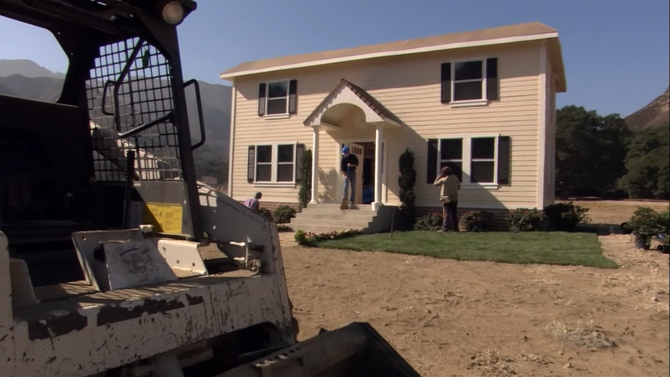 Second model home
First Appearance: "The One Where They Build a House"

After Michael pitches the second model home to the board of directors, G.O.B., the newly appointed president of the Bluth Company, cuts the timeline from two months to two weeks to ramp up the excitement. G.O.B. then tells Michael they don't have to build a full house — just a shell.

After G.O.B. swoops in and takes all the credit for the house, the house, only held together by the giant ribbon, collapses. G.O.B. attacks Michael and the two's fight takes over the news of the model home.

Retrieved from "https://arresteddevelopment.fandom.com/wiki/Second_model_home?oldid=32539"
Community content is available under CC-BY-SA unless otherwise noted.