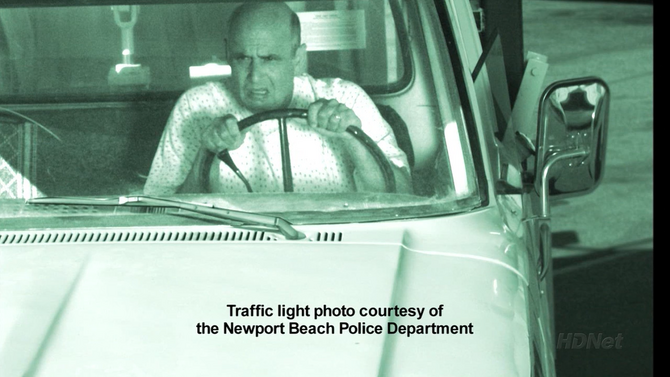 Security camera footage or red light cameras are commonly used narrative techniques in Arrested Development. The photo stills and security footage play into the faux-documentary nature of the show. 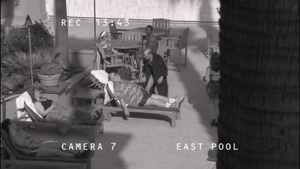 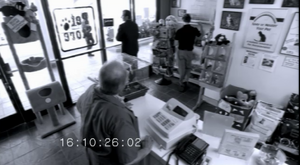 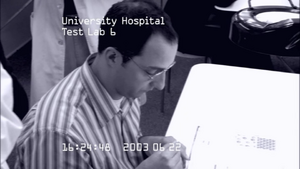 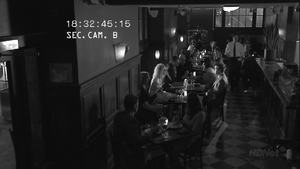 Kitty lashes out when Michael threatens her. ("Not Without My Daughter") 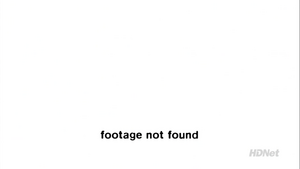 Kitty claims that George promised her the Bluth Company on the day of his incarceration. ("Let 'Em Eat Cake") 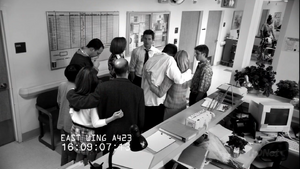 Michael says "I should have been there" at the hospital. ("Let 'Em Eat Cake") 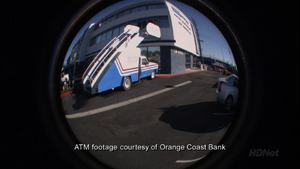 George escapes from the hospital. ("The One Where Michael Leaves") 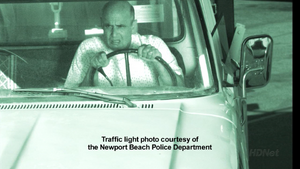 George runs a red light. ("The One Where Michael Leaves") 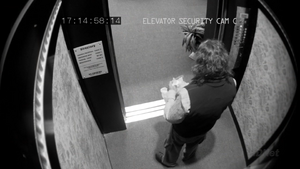 Oscar is assaulted by police. ("The One Where Michael Leaves") 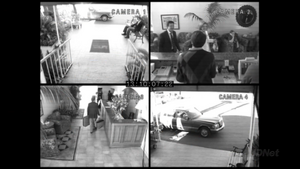 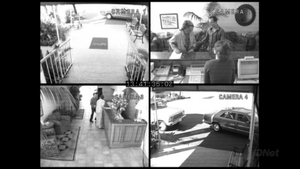 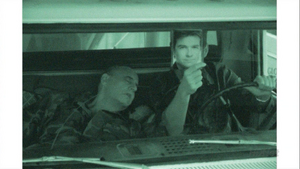 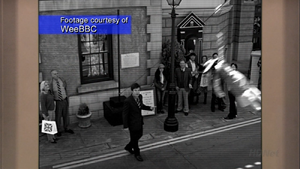 Michael is struck by Merry Poppuns. ("For British Eyes Only")

A hidden camera on Tobias inside the Free Chicken illusion cage. ("For British Eyes Only") 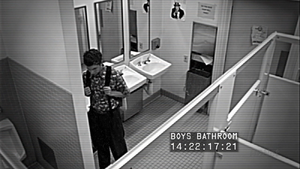 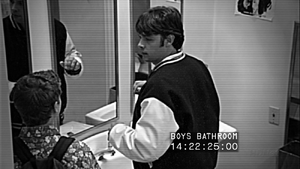 ...Steve Holt in the restroom ("Forget-Me-Now") 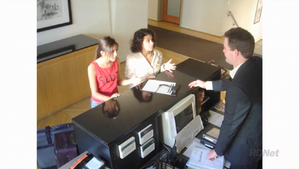 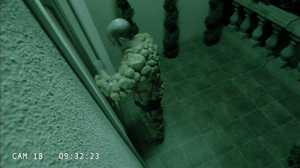 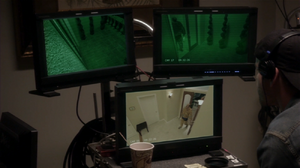 Tobias was caught on by John Beard's reality show John Beard's To Entrap a Local Predator: Orange County Edition: Super Creep and arrested for being a sex offender. ("A New Start") 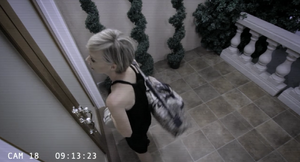 Lindsay visits Maeby at the model home and Maeby offers to call Herbert Love on her behalf.("Red Hairing") 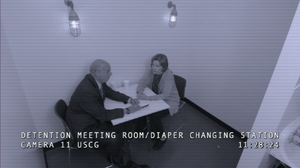