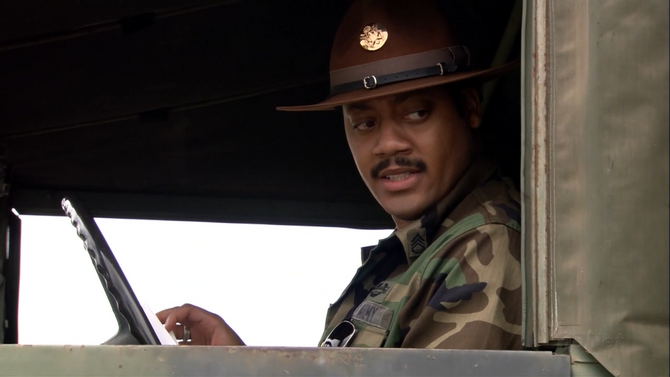 When Buster was in boot camp, Sergeant Baker was not allowed to use any abusive language to motivate him due to a recent lawsuit by Wayne Jarvis on behalf of James Alan Spangler (whom he apparently called "Private Homo"). Because he couldn't be motivated, Buster couldn't climb a wall. Buster then enlisted G.O.B.'s help in providing motivation. ("Sad Sack")

Retrieved from "https://arresteddevelopment.fandom.com/wiki/Sergeant_Wendell_Baker?oldid=20141"
Community content is available under CC-BY-SA unless otherwise noted.