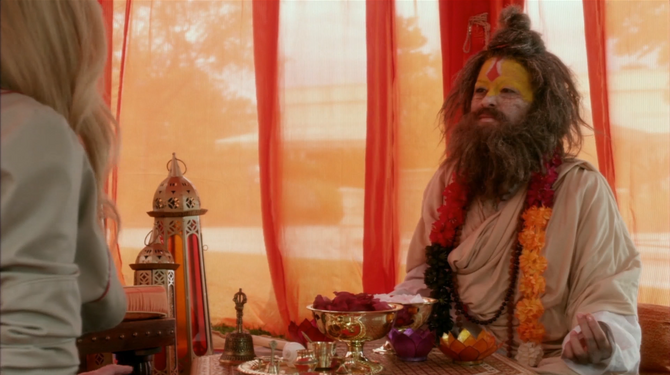 Shaman Sheman is an Indian Shaman Lindsay visits in a quest to rediscover herself after dissociating herself from the Bluth family.

Shaman Sheman is actually Maeby Fünke disguised in Hollywood makeup, and is therefore played by Alia Shawkat. To avoid spoilers, the actress was credited as Rich Aliaåndanost (an anagram for "Alia and an ostrich"), much like Divine Spirit.

Add a photo to this gallery
Retrieved from "https://arresteddevelopment.fandom.com/wiki/Shaman_Sheman?oldid=53821"
Community content is available under CC-BY-SA unless otherwise noted.