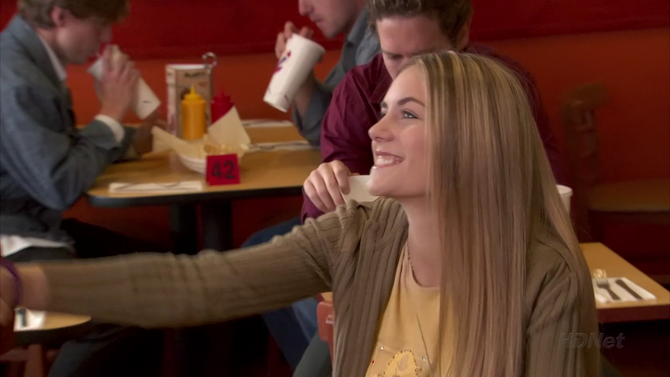 G.O.B. was courting Shannon until she dumped him for sleeping around.

G.O.B. met Shannon at National Garb, a clothing store where she worked. Because she was in high school she only felt comfortable going on a double date so she brought Nazhgalia on her date to Klimpy's Express. G.O.B. mistook Michael's basic human decency to Nazhgalia as attraction so he slept with Nazhgalia. At the Diversity Dance Shannon dumped G.O.B. for sleeping with Nazhgalia and Mrs. Whitehead. ("Shock and Aww")

Add a photo to this gallery
Retrieved from "https://arresteddevelopment.fandom.com/wiki/Shannon?oldid=32545"
Community content is available under CC-BY-SA unless otherwise noted.