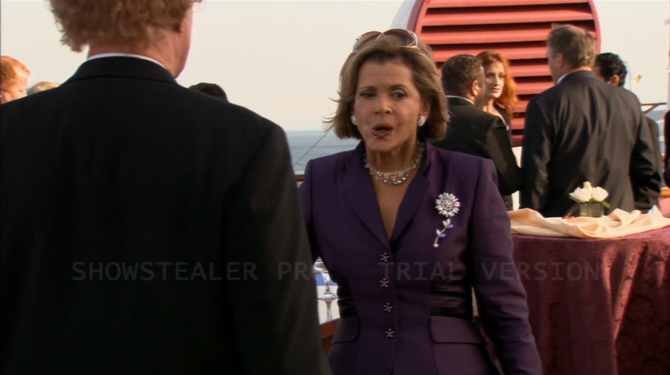 During Season Four, a Showstealer Pro Trial Version watermark appears over footage to signify scenes that happened in the original three seasons. This is a inside joke about the fact that the first three seasons were pirated after their original run, and that the Season Four production budget was not very large.

The penultimate appearance in "Señoritis" features an additional "1 use left" message and the final appearances in "Off the Hook" freeze and "Trial Version has expired - Click here to purchase full version" appears.

The joke was removed in Season Four Remix: Fateful Consequences. The watermark over old footage still appears, but says "Property of Twentieth Century Fox" instead. 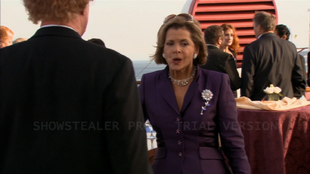 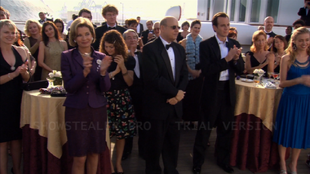 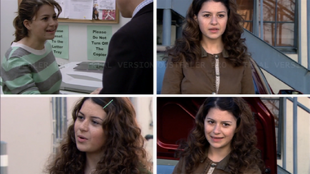 A flashback showing Maeby saying "Marry me!" in various clips from a number of Arrested Development episodes (4x7 — "Colony Collapse") 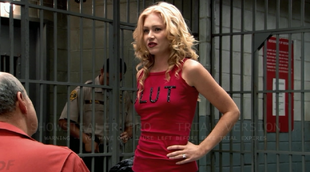 A flashback showing Lindsay visiting George in "My Mother, the Car" (4x12 — "Señoritis") 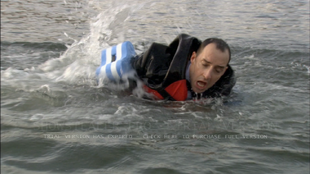 A flashback showing Buster trying to swim, after he fell off the RMS Queen Mary in "Development Arrested" (4x14 — "Off the Hook") 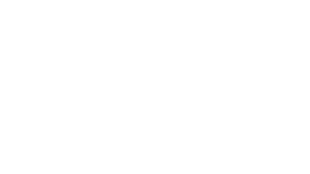