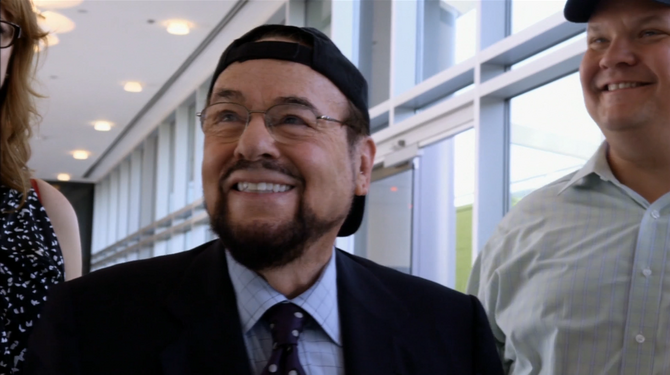 Stefan Gentles is portrayed by James Lipton and appears in five episodes of Arrested Development in Seasons One, Three, and Four.

Stefan Gentles is a warden of Orange County Prison, is an aspiring screenwriter, and is infatuated with Lucille Bluth.

Warden Gentles: I can’t say no to the woman who gave me chlamydia.
From "Prison Break-In"

Stefan Gentles replaced James Buck as warden of Orange County Prison for unknown reasons. When Tobias wanted to research the role of Frightened Inmate #2 he asked Warden Gentles to be admitted to the same cell as George Bluth. The warden obliged under one condition—that Tobias give Carl Weathers a copy of the warden's New Warden screenplay. ("Staff Infection")

When Tobias was traded to White Power Bill by George for a pack of cigarettes, Tobias complained to Warden Gentles. The warden told him that White Power Bill was fear incarnate, and the best person to learn about true fear from. ("Missing Kitty")

Warden Gentles wrongfully incarcerated Oscar Bluth, believing him to be George Bluth. This costs Gentles a promotion and provides inspiration for the plot of his rewrite of New Warden. The warden is infatuated with Lucille Bluth, but his attempts at seduction fall short. She does provide him with creative inspiration, such as suggesting he use 'chlamydia' instead of 'crabs'. To win her affection he lets the Bluth family hold their Graft Versus Host charity ball in the prison. ("Prison Break-In") 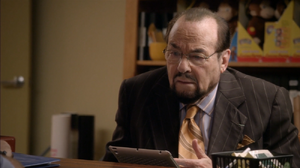 Warden Gentles is hired by Michael Bluth to be the screenwriter of the Untitled Michael B. Project. He accepts the position after failing to get his Transformers script acquired by Bruckheimer Entertainment. Gentles uses an iPad to write the script, but runs into many technical hurdles. ("The B. Team")

One of Lottie Dottie's witnesses at Buster's trial is Warden Gentles, who knows a Bluth family secret, which he learned from Lucille. Recently, Lucille met with the Warden to get Buster released for the July 2nd parade, and she got so drunk, she confessed secrets. Gentles had also heard about Imagine Entertainment's streaming series about the Bluths, so he wanted to give that info to Ron Howard, and hopefully screenwrite for him. Ron heard all the secrets and used them in his show "Making of a Monster." Lottie plays a clip from the season finale, and we see that the childhood flashbacks were all episodes of Ron Howard's show. They filmed it when Michael rented out the beach cottage.

Retrieved from "https://arresteddevelopment.fandom.com/wiki/Stefan_Gentles?oldid=52977"
Community content is available under CC-BY-SA unless otherwise noted.