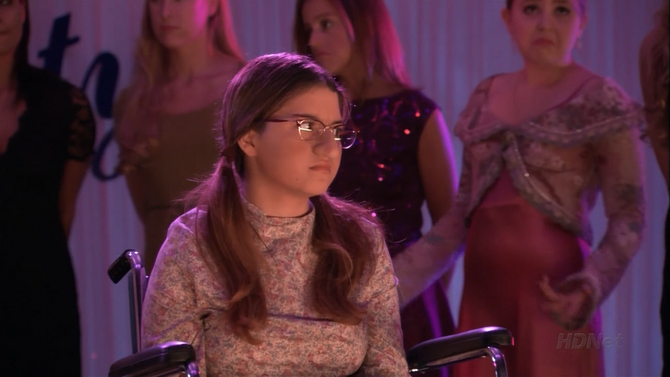 Surely Fünke, also known as Surely Wolfbeak, is the wheelchair bound alter ego of Maeby Fünke, which she uses in order to get donations from people at her school. Surely is suffering from a fictional disease called "BS".

Maeby pays George Michael off for doing homework for her. The next day at school he follows her and finds that she is pretending to be Surely, collecting a giant check from the school. ("Altar Egos") George Michael chastizes her for making light of illnesses and for abusing the legal system to build ramps in their school's gym. However, when she publicly calls him a "hero" he gets swept away by the crowd's applause. ("Justice Is Blind")

Maeby later uses Surely (with the surname 'Wolfbeak') in an attempt to prove that the Miss Inner Beauty pageant at the Church and State Fair will still favor girls with outer beauty. Maeby is certain that Surely's plain dress, large (fake) nose, and inability to walk will prevent her from winning the pageant, but the sympathy she gets from the judges results in a win, beating the beautiful Hope Loblaw and plain Ann Veal. ("Notapusy")