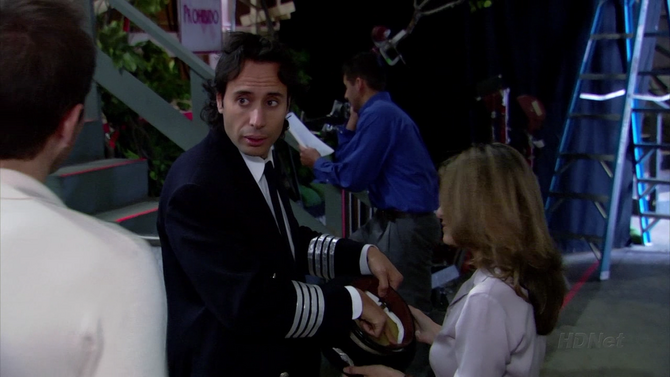 Tío is a character on the Spanish-language soap opera El Amor Prohibido portrayed by a man named Javier.

When Buster informs G.O.B. that "hermano" means "brother" he also informs him them that on Marta's soap opera there is a character named Tío who is Marta's character's brother. G.O.B. assumes this man is the person having an affair with Marta so he approaches him on the set of El Amor Prohibido. The actor knocks G.O.B. out with a right hook, which he learned from portraying Oscar de la Hoya in a movie. ("Beef Consommé")

Retrieved from "https://arresteddevelopment.fandom.com/wiki/Tío?oldid=17506"
Community content is available under CC-BY-SA unless otherwise noted.