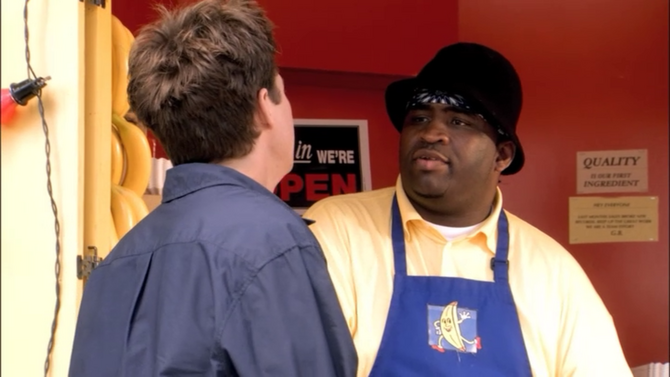 T-Bone is George Bluth's cellmate when he first arrived in prison, but was released soon after. He worked at the Banana Stand for a short while, and burned down the storage unit that contained many family and business records.

He is a flamer. Well, an arsonist.

When George Sr. was first sent to prison, he began to enjoy it, stating he was having the time of his life. He made a friend, T-Bone. ("Pilot")

That day turned out to be T-Bone's last day in prison, and George told Michael that T-Bone was a "flamer". George wanted Michael to set him up with a job at the Bluth Company but Michael refused. When Michael was getting close to locating his flight records for the SEC, George Sr. had T-Bone burn down the storage unit. George Sr. continued to get T-Bone a job at the Banana Stand. George Michael burnt down the Banana Stand, and T-Bone was out of a job. ("Top Banana")