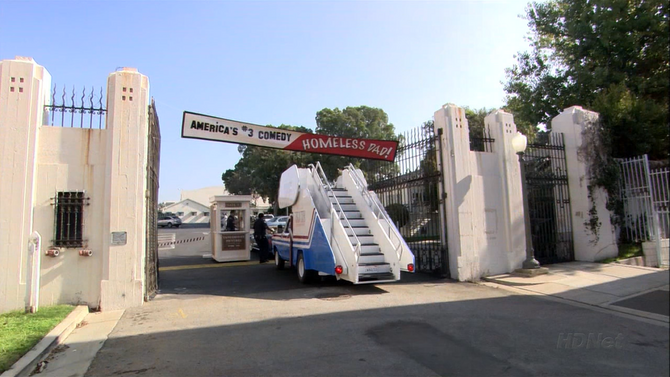 Tantamount Studios is the film production studio where Maeby Fünke cons her way into a job as a film producer. Mort Meyers is also a key producer at Tantamount Studios. Tobias also is hired as a security guard there and auditions for the role of "Confidence Man #2".

The studio is near enough to Newport Beach for it to be convenient for Maeby to commute via her Mercedes-Benz SLK 350 company car.

Tobias visits Tantamount Studios to talk up the Fünke name but forgets to say it when he auditions. Instead, Mort thinks Maeby is the buzzworthy Fünke and assumes her a film producer. ("Switch Hitter") She and Mort work together for nearly a year making several films including Almost Cousins ("Righteous Brothers") and Gangee ("Making a Stand") until she is fired for only being 16 years old. ("Exit Strategy") She returns to pitch a TV series about the Bluth family which Ron Howard thought would make a better movie. ("Development Arrested")

Michael and Rita take a tour of the Tantamount Studios lot and see Frankie Muniz and go through the Tunnel of Love, Indubitably. ("Mr. F")

Mort was fired from Tantamount when he passed on the rights for The Hunger Games. ("Señoritis")