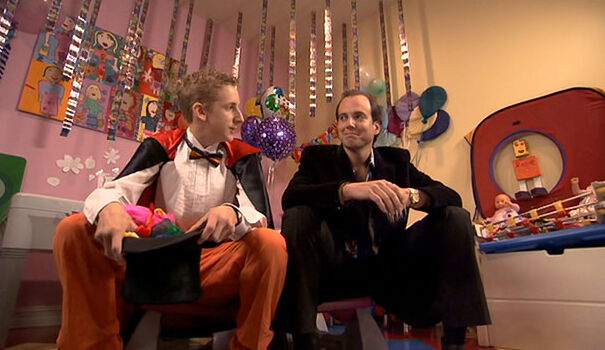 A member of the "Alliance of Magicians", he was ultimately chosen as magician over G.O.B. at the child's birthday party.

The father, narrowed it down to two choices for magician of his child's birthday: G.O.B. and the Alliance approved magician. G.O.B. was rejected in the end, as the father felt more comfortable hiring the latter. When G.O.B. wished the magician to "give them a hell of a show", he was met with a solemn "fuck off, traitor". ("Pilot")