Terry Alan Crews (born July 30, 1968) is an American actor and former NFL player. He is perhaps best known for playing Julius on the UPN/CW sitcom Everybody Hates Chris and for his appearances in Old Spice commercials. As well as such films as Friday After The Next, White Chicks, Bridesmaids, Idiocracy, Gamer, and The Expendables. Crews starred as Nick Kingston-Persons in the TBS sitcom Are We There Yet? And as himself in the BET reality series The Family Crews. But playing as Daryl, the beefcake "he-man" known for his "Euro Training" and his catch phrase "Indeed" while flexing his chest in an episode of the tv series, My Wife and Kids really launched Terry Crews' career and he has since played mostly beefcake "he-man" roles in films and television. As of 2014, he plays NYPD sergeant Terry Jeffords in the Fox sitcom Brooklyn Nine Nine and hosts the game show Who Wants to be a Millionaire.

After retiring from the NFL in 1997, Crews pursued an acting career and got a role as T-Money on Battle Dome (modeled after American Gladiators). Crews played the beefcake "he-man" in films such as White Chicks and shows like My Wife and Kids. He also starred in the sitcom Everybody Hates Chris as Julius Rock.

He currently plays NYPD Sergeant Terry Jeffords on the Fox sitcom Brooklyn Nine-Nine. He is the newest host for the game show Who Wants to Be a Millionaire. Terry Crews is also hosting "World's Funniest Fails" on Fox. 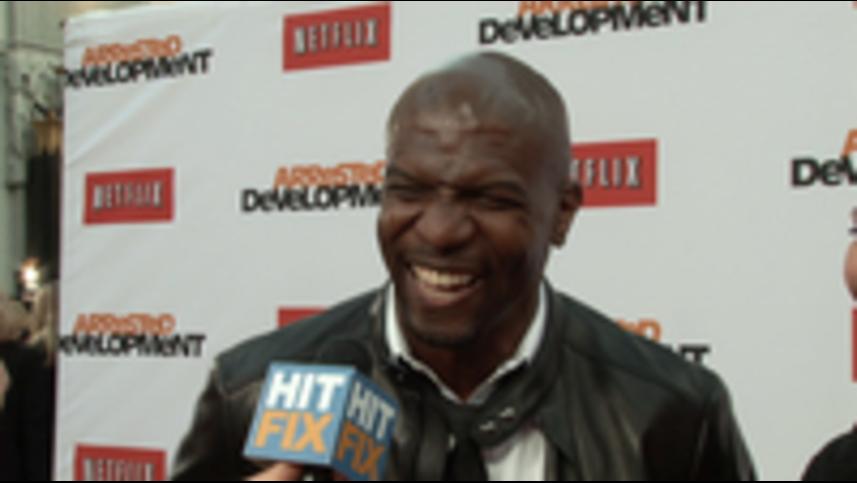