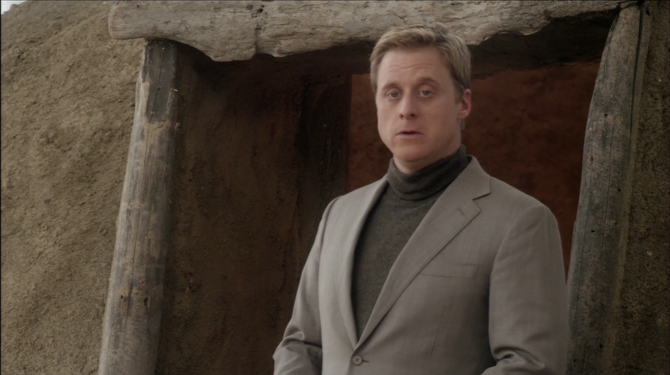 Michael suggested that he meet the Veal family before George Michael got pre-engaged to Ann. Michael met them at their home and was surprised that Terry was a pastor. He then embarrassed himself while trying to stretch the truth on his religious habits. He was also surprised at how beautiful Mrs. Veal was, due to his low expectations from Ann.

Terry missed Lucille's party to meet the Veal family because he was called to a last-minute vow renewal for George and Lucille. At the Church of the Good Shepherd he found out that Michael kissed his wife and fought him for her honour. ("Meat the Veals")

Pastor Veal is a cohost of the Miracle Network show And As It Is Such, So Also As Such Is It Unto You, alongside Father Marsala. He announces his daughter's marriage to GOB and later officiates the wedding at the Church of Holy Eternal Rapture. He also assists GOB in his Jesus' crucifixion illusion by inspecting the tomb.

Pastor Veal along with Father Marsala receives Gob on And As It Is Such, So Also As Such Is It Unto You, where Gob declares that he's going to conversation therapy.

Retrieved from "https://arresteddevelopment.fandom.com/wiki/Terry_Veal?oldid=54104"
Community content is available under CC-BY-SA unless otherwise noted.