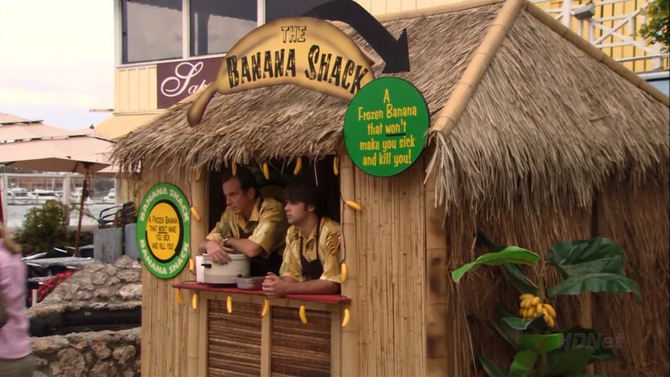 G.O.B.: Why visit the Banana Stand when we can make your banana stand?

G.O.B. opens The Banana Shack on Oceanside Wharf feet away from Bluth's Original Frozen Banana Stand. G.O.B. chose that location because more frozen bananas were sold at that place than anywhere else in Newport Beach.

The stand was a front to launder Colombian pesos for George Bluth but Michael and G.O.B. competed for business. G.O.B. hired strippers, performed magic tricks, and gave away free produce to lure in customers. They eventually realized that their father had pitted them against each other and assembled the Shack inside Lucille's apartment and pretended to kidnap George, to teach him a lesson. ("Making a Stand")