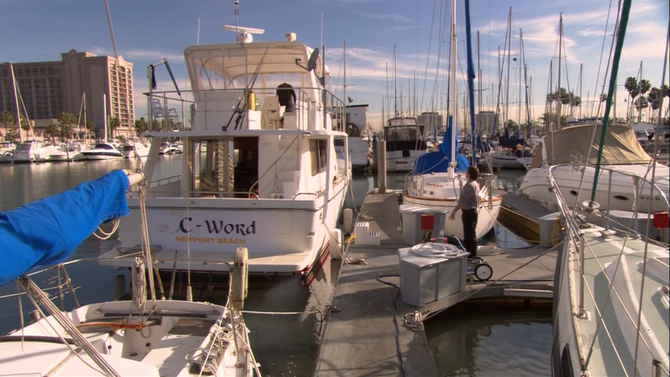 The C-Word
Appearances: "The One Where They Build a House", "Development Arrested", "Colony Collapse" — Mentions: "Queen for a Day"

The C-Word is G.O.B.'s yacht that he purchases after becoming the CEO of the Bluth Company. It replaced the Lucille which G.O.B. sunk in his disappearing yacht illusion.

G.O.B. was initially presented The Seaward by Starla but when the yacht is finally seen, it is named The C-Word, a "Prima 45" vessel that is about the size of the old Lucille yacht. 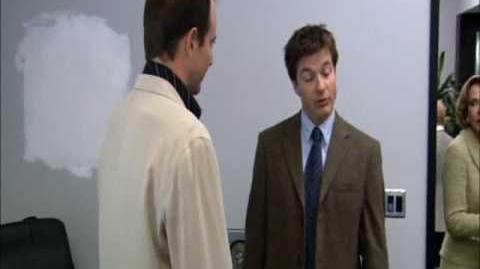 After becoming president of the Bluth Company, G.O.B. decided he wanted to buy a company boat. At a boat show Starla showed off a cigarette boat named The Seaward with the tagline "solid as a rock". G.O.B. started to flirt with her, asking for some digits, but ended up signing papers to buy a boat. Michael told him to return the boat. ("The One Where They Build a House")

When some Bluth Company shares are unfrozen, G.O.B. accidentally told his family that he was going to buy a yacht after Tobias told them he bought the Tobias is Queen Mary nightclub. ("Queen for a Day")

Michael heads down to the RMS Queen Mary when he sees G.O.B. aboard his yacht, named The C-Word. G.O.B. reveals that he has been living on the yacht with his girlfriend and that he plans on paying off the boat with the cash he gets from Stan Sitwell's purchase of his stocks. Later, George Michael visits G.O.B. on the yacht and punches him when he discovers that he is dating Ann. George Michael tries to use The C-Word to flee to Mexico to avoid Maeby and the rest of his family. Michael catches the yacht and they decide to leave their family and head to Cabo. Unbeknownst to them, George was stowing away as well. ("Development Arrested")

G.O.B. and Ann run away from George Michael on The C-Word after he punches his uncle. ("Colony Collapse")

Michael: Get rid of The Seaward.

From "The One Where They Build a House"

Michael: G.O.B., you’re going to burn through this money and have nothing, all right? “You give a man a fish, he’ll eat for a night. If you teach a man to fish...”

G.O.B.: He’ll want to use your yacht, and I don’t want this thing smelling like fish.