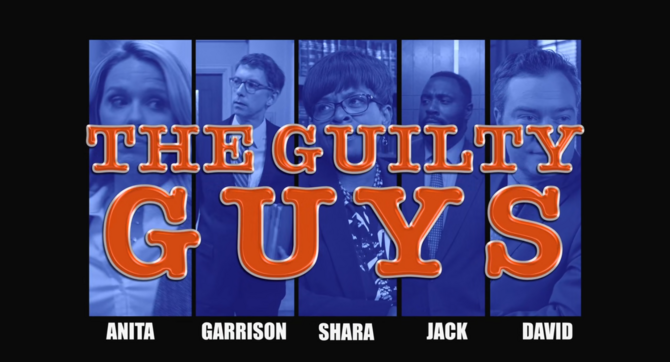 David "G-Man" Barnes: We'd like to enter a plea of... guilty
From "Saving for Arraignment Day"

The Guilty Guys are an organization of experienced lawyers who defend only guilty people.

The Guilty Guys are recommended byBarry to the Bluths. Michael hires them to investigate on Lucille 2's case. They clear Ann and Uncle Jack as suspects. When they arrive in court to defend Buster Michael asks them not to plead guilty. They reply they can't defend someone's who's not guilty and go to the Side Bar to party.