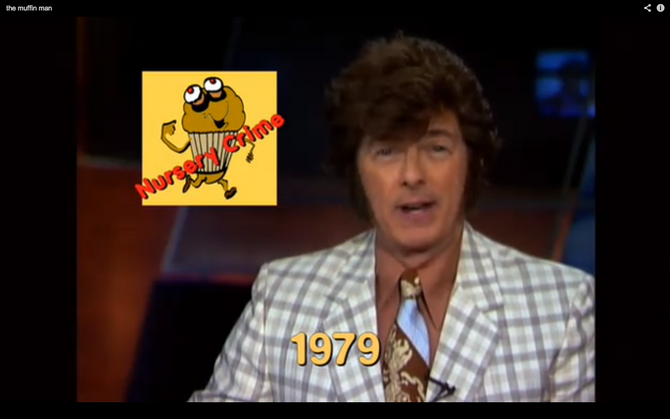 Michael Bluth: Oh, my God. Dad? You're the Muffin Man?

In the episode "S.O.B.s" it is casually revealed that George Bluth is a multiple poisoner referred to as the "Muffin Man."

During the '70s, people (mostly teachers of George's children) were reported to have been given baskets of poison muffins. The authorities never found the culprit, but Michael Bluth finds out that it is his father, after his George Sr. reveals it to him. Out of over 25 incidents, George Bluth said he was only responsible for two, the rest of them he said, were "copycats." During the 2000s, George Bluth threatens his grandchildren to intimidate them.

Retrieved from "https://arresteddevelopment.fandom.com/wiki/The_Muffin_Man?oldid=20759"
Community content is available under CC-BY-SA unless otherwise noted.