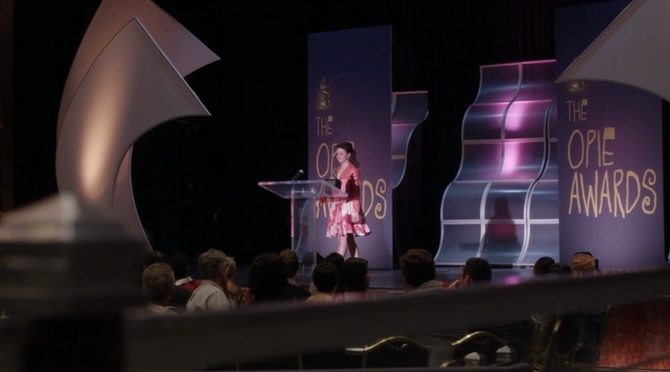 The 2012 Opie Awards were held in the downstairs ballroom in The Century Plaza.

The Opie Awards are an annual awards ceremony that honors the best of the children entertainment industry. The awards (and the trophy) are named after Opie Taylor, the child character from The Andy Griffith Show portrayed by a young Ron Howard.

Add a photo to this gallery
Retrieved from "https://arresteddevelopment.fandom.com/wiki/The_Opie_Awards?oldid=48002"
Community content is available under CC-BY-SA unless otherwise noted.