The Young Man and the Beach 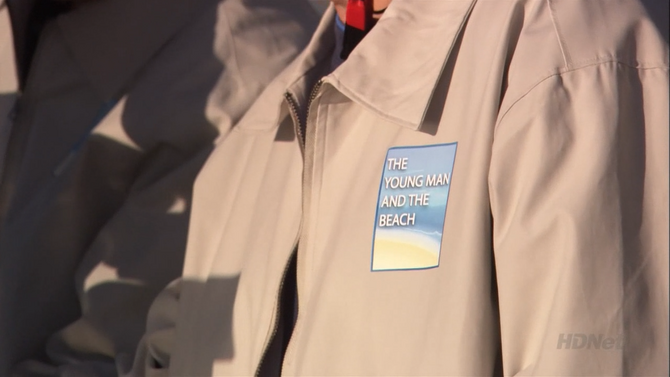 The Young Man and the Beach is one of the movies produced at Tantamount Studios under Maeby Fünke. It was based off a school report Maeby had a studio reader write about Ernest Hemingway's The Old Man and the Sea.

While waiting for her dad to name drop himself around Tantamount Studios, Maeby holed up in an office to do some homework. She lied her way into having a studio reader write a report on The Old Man and the Sea for her. When approached by Mort Meyers, Maeby told him the report was a script and that Jude Law should be the star. Mort then told her make the movie. ("Switch Hitter")

The movie began production and Maeby was on set. She realized that she was responsible for a movie with no ending. ("Hand to God")

Maeby was sent by Mort to observe Spring Break at Newport Beach to rewrite the script for The Young Man. ("Spring Breakout")