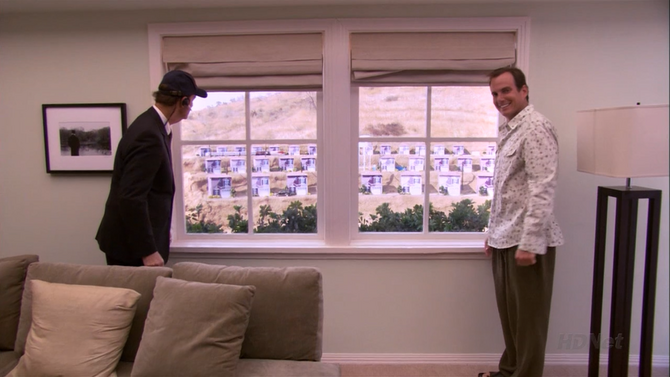 G.O.B. suggests that the Bluth family build a tiny town to fool the Japanese investors into thinking the Bluth Company had completed building the Sudden Valley subdivision. George thought it was a bad idea but G.O.B. mistook a model train set Michael bought for George Michael and set out to build it. He was joined by Buster who had taken control of George's surrogate Larry Middleman.

They completed the project and it almost looked like it could work, until Tobias destroyed it in his mole costume, and George Michael in the jetpack. ("Mr. F")

Add a photo to this gallery
Retrieved from "https://arresteddevelopment.fandom.com/wiki/Tiny_town?oldid=32595"
Community content is available under CC-BY-SA unless otherwise noted.