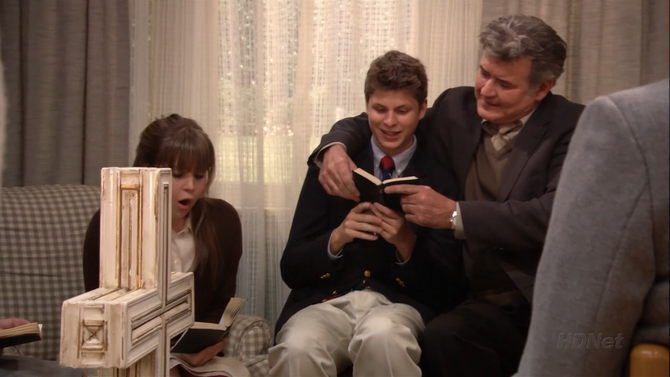 When George Michael Bluth was looking for Ann, he stopped by her house where her uncle told him that the earth was only one thousand years old and that dinosaur fossils were planted in the ground by the Jews. ("Development Arrested")

Uncle Paul is present at Ann's house when Ann accept's G.O.B.'s "proposal." He is also present at the Church of Holy Eternal Rapture for the wedding ceremony and witnesses G.O.B.'s failed Jesus' crucifixion illusion. ("Colony Collapse")

Retrieved from "https://arresteddevelopment.fandom.com/wiki/Uncle_Paul?oldid=35101"
Community content is available under CC-BY-SA unless otherwise noted.