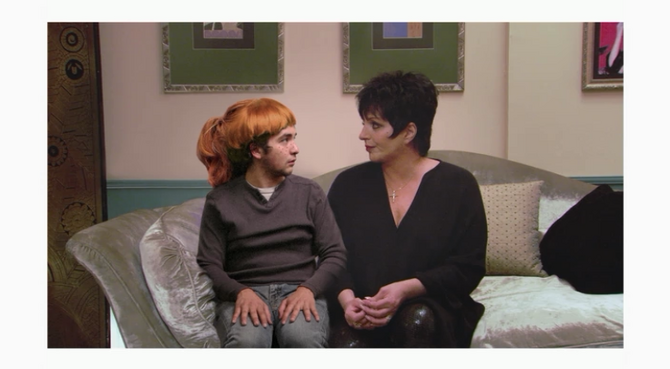 Wigs
Appearances: "Not Without My Daughter", "The One Where Michael Leaves", "Switch Hitter", "The Immaculate Election", "For British Eyes Only", "Flight of the Phoenix", "Borderline Personalities", "A New Start", "Red Hairing", "Smashed", "Señoritis", "Off the Hook"

Wigs are a recurring theme in Arrested Development. Most notably, when Lucille Austero gives Lindsay a red wig. Lindsay then uses the wig to meet Herbert Love They are also mentioned in Season One and Season Two episodes.

[[[File:4x06 Double Crossers (84).png| George then meets with Dr. Norman who tells him that his testosterone levels were so low they were in the "baby" range. He moves back to Balboa Towers and begins living life as a woman. ("Double Crossers")|thumb|center|600px]]

Retrieved from "https://arresteddevelopment.fandom.com/wiki/Wigs?oldid=50783"
Community content is available under CC-BY-SA unless otherwise noted.