William Emerson "Will" Arnett (pronounced /ɑrˈnɛt/; born May 4, 1970) is a Canadian actor, voice actor, comedian, and producer, best known for his role as George Oscar "G.O.B." Bluth II. He was previously married to Amy Poehler, who portrays G.O.B.'s wife.

Arnett was born in Toronto. As a teenager, he was encouraged by his mother to pursue an acting career, auditioned for commercials in Toronto and enjoyed acting. In 1990, he moved to New York City to study acting at the Lee Strasberg Theatre and Film Institute. He appeared in plays in New York and his first acting role was in Felicity Huffman's independent film Erie, which was filmed on the Erie Canal.

Arnett starred in his first major role in Let's Go to Prison, directed by Bob Odenkirk, the film was made on a small budget of $4 million. He made guest appearances on King of the Hill and 30 Rock (where he played Devon Banks, a scheming network executive and a rival of Jack Donaghy played by Alec Baldwin) which earned him an Emmy nomination for Outstanding Guest Actor in a Comedy Series. Arnett co-starred in the NBC television comedy series Up All Night, about a couple who struggle to balance their home lives (especially with their newborn child) and their work ones.

On March 8, Mansome, Arnett’s first executive-producer credit with partner Jason Bateman, was announced as a Spotlight selection for the Tribeca Film Festival. On April 2, 2013, he was cast in a role in the upcoming film Teenage Mutant Ninja Turtles. Arnett was starring in the CBS sitcom The Millers, but unfortunately The Millers was cancelled in late 2014 [1] 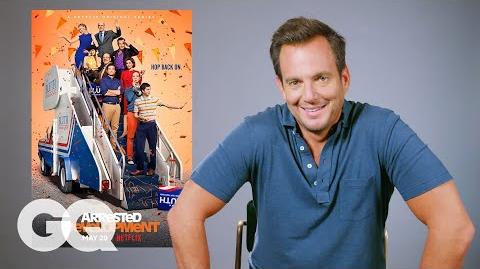